Gas bearings are not a new technology, but that doesn’t mean they can’t be used in a new manner. Drew Devitt, founder and chief technology officer of New Way Air Bearings, hopes that’s the case with his company’s Bently balance bearings, which he says improve rotor-balancing operations. 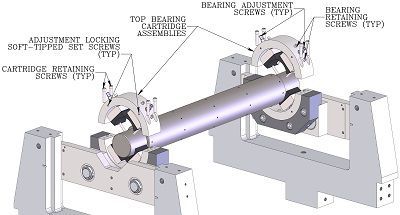 ‘The indicators are there to support that the balance bearings are significantly better than hard rollers for sup­porting a rotor,” Devitt said. “You need a good balance job to keep machinery running smooth.”

The noncontact gas bearings are designed to eliminate damage to a rotor from hard rollers and the mess of oil-film bearings in vacuum chambers. The bearings are also able to provide a more precise axis of rotation with a cleaner signal for higher resolution in balancing operations, Devitt said.

In “soft bearing” balance machines, Devitt said hard roll­ers transmit the unbalance force from a rotating rotor to a flexibly mounted yoke. A user measures the motion of the yoke to indicate the balance error. The problem, however, is that hard rollers are supporting the rotor, which means there are other motions that cause the rotor to move and thus mask the balance force (Figure 1 ).

For example, errors from run-out of the four supporting rollers combine – and being a different diameter than the rotor – cause asynchronous motion errors of the supported rotor that often exceeds 0.001 in. (0.0254 mm), he said.

If gas bearings are supporting the rotor, however, the roundness of the journal (0.0001 in. [0.0025 mm] or better) is the only rotating reference surface, meaning the motion errors will be synchronous and average to provide less than a tenth of the amplitude of the hard roller motion errors, Devitt said (Figure 2).

A hard roller-supported rotor will also see some axial forces from roller misalignment. Gas bearings avoid this er­ror source by not imparting any axial force on the rotor, he said. Radial friction also comes out near zero in the gas bearing setup, allowing the heavy spot to find the low point of rotation when pressure is applied to the bearings.

Another benefit is the gas bearings won’t damage the bearing surface because they don’t make contact with the rotor, Devitt said. The Bently balance bearing faces are made from carbon, providing a soft, non-scoring surface should contact occur.

“We found that many people are having damage issues to the bearing surfaces from the hard rollers,” Devitt said. “Balancing is the last operation, so it hurts financially to scrap it then, but the delay in schedule is even more painful.

‘To have a noncontact bearing, you put the air pressure to it and then you spin it and your rotor isn’t touching anything. You have a much safer situation for balancing that valuable rotor.”

In high-speed balancing operations, stiffness and damping function of the support bearings are essential for proper balancing, Devitt said. Larger rotors are often balanced on their operational hydrodynamic oil bearings, yet these bearings can create a mess on the rotor when used in vacuum environments.

“One of the problems is when you have oil in a vacuum, it gets everywhere,” Devitt said. “It can get very messy.”

Bently balance bearings don’t have the same effect in a vacuum operation. Users don’t have to flood, contain or collect oil from the bearings, which are also not affected by the vacuum pressure due to the small amount of air they use, he said. 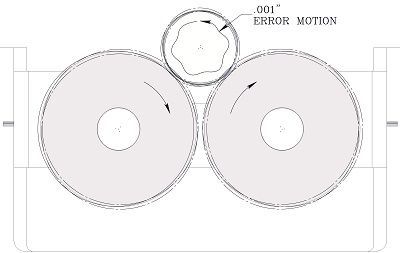 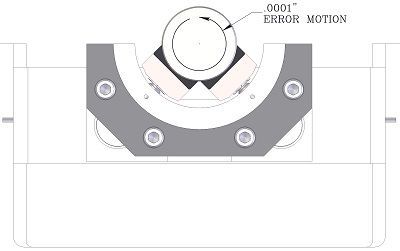 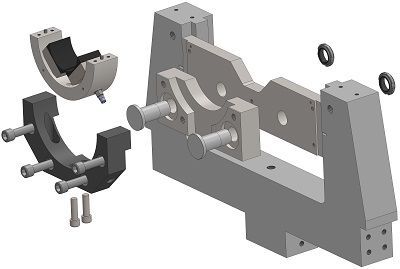 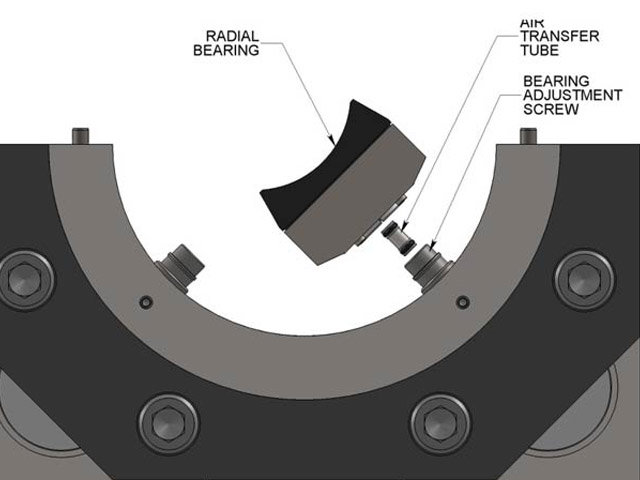 Figure 4 – Bently Balance Bearings can be swapped out to fit a variety of rotors with different journal sizes.

Users are also able to swap out the bearing pads to fit their operation (Figure 4). This allows the user to switch out several sizes of bearing pads so they can bal­ance rotors with different journal sizes without having to ad­just or plumb air into the bearings, Devitt said.

New Way Air Bearings first used its gas bearings in its own balancing operation two years ago. With its seamless fit in balancing machines, Devitt knew he had to spread the word. So far, one OEM is using these bearings to balance turbine components.

Going forward, Devitt hopes to see Bently balance bear­ings used in rotating equipment, such as compressors, tur­bines, expanders and high-speed motors. Putting them in balancing machines is the first step.